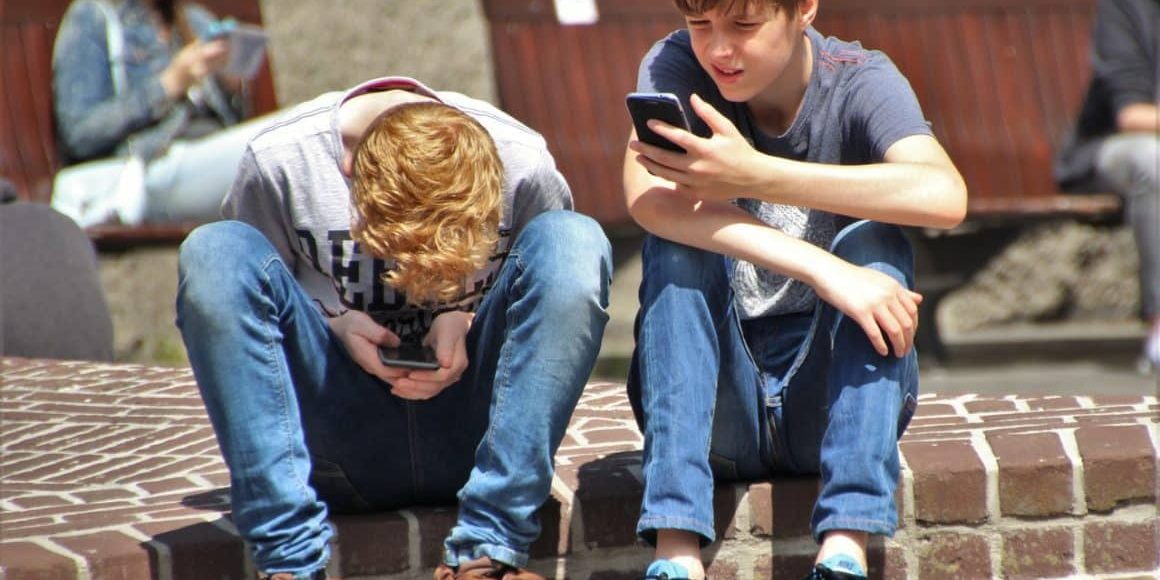 Talking to Your Children About Cyberbullying

Bullying affects over half of young children and teens, with 25 per cent of these victims being bullied through their cell phones or the Internet. Cyberbullying is a very damaging form of bullying, which can lead to anxiety, depression and even suicide. More than ever, we are seeing news stories of young kids committing suicide due to their online presence, so it’s about time that we start addressing this issue more. Rather than assuming that your kids would never get bullied or that they seem fine, we need to simply ask our children so that we can be reassured that they are not on the receiving end of any inappropriate online content.

Read on for my top tips on how you can recognise signs of cyberbullying and how you can talk to your kids about it to bring the situation to a close.

Signs You Should Look Out For

Kids can be very secretive online, and if they are being bullied, you often may not even realise it until you investigate. Most children won’t tell you they are being cyberbullied because they are either afraid that you will blame them, are scared or that you will take their gadgets off of them. But, we shouldn’t let that stop us from finding out if they are happy or if something is going on behind the scenes online.

If your child is a victim of cyberbullying, the signs would be similar to the ones that they would express if they were up against a bully at school. The vital sign to look out for is a change in the attitude of your child; if your young teen seems more aggressive and angrier, out of the typical spectrum of a moody teenager, then it could be a sign they are being cyberbullied. Their temper increases because they are expressing the emotions to you that they feel towards their bully, but haven’t shown them because they feel intimidated and afraid of the consequences. On the other hand, if they seem down, depressed and lacking motivation, this could also signal that they are getting bullied.

An example of this behaviour is if they are at staying home a lot more and are spending less time with their friends, as bullies often want to isolate their victims to make it easier to intimidate them. Seeing if there has been an issue between your kid and their friends can help you figure out if it is a regular falling out that’s pushed them apart or if your kid’s purposely distancing themselves.

Talk it Out One to One

Well over half of the young people who are being cyberbullied don’t tell their parents about it. So, as a parent, you probably need to take the first step and start this meaningful conversation with them. If you are noticing one or more of the signs mentioned above, having this chat with your kid is essential. But, we need to talk to them in a way that makes them understand we are there to support them and not to accuse them.

Start by reassuring your child that anything that has happened is not their fault and that you are not there to punish them by taking away their social media accounts or phones. This is often what stops a kid from talking to their parents in the first place, so reassuring them this from the start will make them more likely to approach you in future. Once they are aware of this, they will probably feel more comfortable when opening up to you, and you may even be able to ask to see any messages they have been sent or anything that has been shared about them online. Take copies of this content because cyberbullying is now a crime, and you can tell your kid that you can report this and get it stopped for good. Once you have what you need, show your kids how to block these people who are bullying them so that they can no longer get sent the hate, and to stop people from trying to do it again. End the conversation by reminding them that they should always come to you with an issue like this in future, and by comforting them.

Talk With a Counsellor

It can be tough for kids to talk about how they feel as they might not even fully understand their own emotions. Talking with a therapist can help them understand their feelings and how to protect their mental health. By talking about how online bullying has affected them, a therapist can work with them on how they can overcome these emotions or depressive thoughts and feelings that they have accumulated from their cyberbullying.

By taking this step to get your child to speak to someone, even if it’s not you at first, can help them be more open and honest with you in future. Rather than worrying, they will be experienced in coming to somebody with an issue they are facing online. As a therapist, I want what’s best for my clients, especially children, as they are often more vulnerable and unaware of how their emotions and mental state can be manipulated and distorted due to bullying.

Don’t let your kids get bullied online in silence and seek the support that they need to overcome their pressing issues. To learn more about the services that I can provide you and your child(ren), contact me today.

Top 5 Tips on Handling Stress During the Pandemic
March 8, 2021
Go to Top