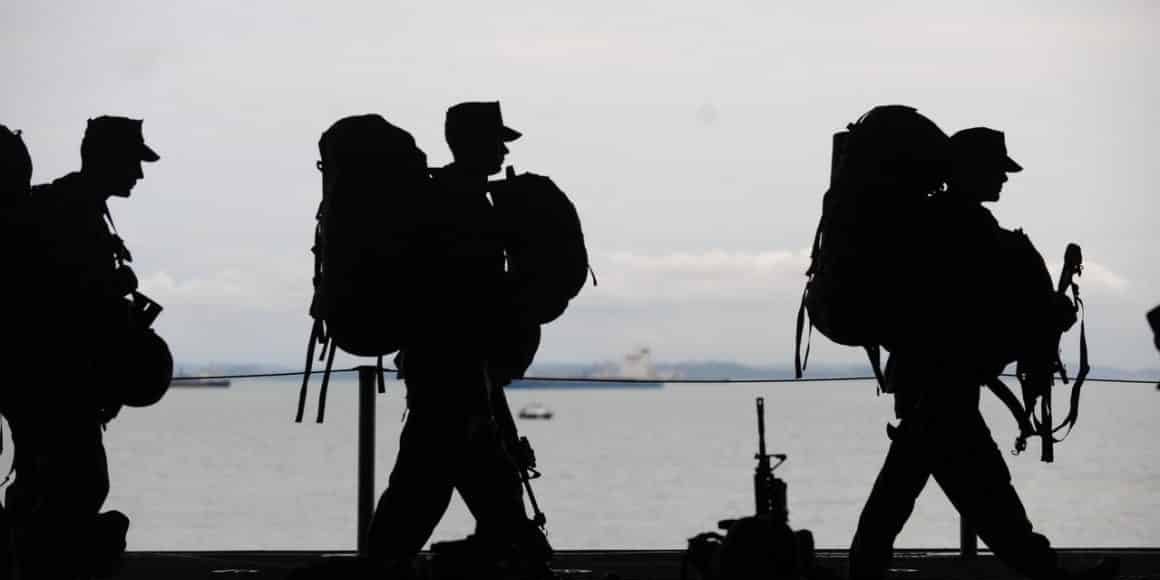 Post-traumatic stress disorder (PTSD) is one of the leading causes of veteran suicide in the UK. Military charities estimated 58 veterans took their own life in 2018 due to trauma gained from events during their time in the military. While these are the unfortunate last resorts for some people, we can help lower these numbers and make veteran PTSD and suicide non-existent by being more informed on how to prevent symptoms and seek help.

Read on to learn more about PTSD, why it is different from the more common reactions to traumatic events and our various, critical tips on how to manage symptoms and talk to others for help overcoming this detrimental disorder.

Post-traumatic stress disorder is caused by being a part of or witnessing a shocking, frightening or scary event which causes flashbacks of memories and the trauma which harms the mental health of the sufferer and makes day-to-day living difficult. Symptoms include a heightened state of anxiety, persistent flashbacks of the event, sleeplessness, avoidance of places or social situations which might trigger flashbacks as well as a change in attitude and moodiness. PTSD can last for years, if not a lifetime if it is not tackled effectively, and the symptoms can severely impact the overall quality of life. PTSD is best known to affect people who have served in the military and witnessed a disturbing event, making veterans one of the largest groups of sufferers.

But what makes PTSD different from any normal response to a traumatic event? After a traumatic occurrence, most people will experience some form of PTSD as their sense of safety and trust are shattered, leaving them feeling unbalanced, worried and disconnected. Bad dreams, fearful feelings and anxiety are common symptoms and are described as normal reactions to abnormal events. For most people, these reactions are short-lived, lasting only several days or a few weeks before they gradually disappear. However, those with PTSD have symptoms that don’t decrease and rather than feeling better as the days pass, they can feel worse.

How to Manage PTSD Symptoms

With PTSD symptoms having such a significant influence on how a veteran can live their life post-military, they can often seek help and advice on how to control their anxieties, flashbacks and other terrifying symptoms. Read on for some of my vital tips on how to manage PTSD symptoms, so you can look toward a future where you live each day without fear and haunting memories.

Because PTSD can be so damaging to mental health and daily life, it is often tempting to turn to harmful coping mechanisms such as alcohol or recreational drugs to forget your feelings, decrease stress and keep flashbacks at bay. They can seem helpful in the spur of the moment, but can quickly turn into self-destructive habits in the long term.

Alcohol and other substances might take the edge off PTSD and make daily-living seem more manageable, but it can cause a long-term addiction which can lead to further mental health issues, negative side effects and even the breakdown in your relationships. Rather than seeking proper treatment or advice for your PTSD, you are merely replacing it with another detrimental issue.

Try to Be More Active

Another critical tip for managing PTSD symptoms in veterans is to try and be more active in your daily life. Exercising is something we all need to do a little every day to keep our physical health in top shape. However, physical activity also helps to make the mind happier and healthier too. When we exercise our bodies release endorphins, also known as the ‘happy hormones’ that give us a mental boost post-workout. This is one of the reasons why exercise is vital for those who have PTSD as it can be an enjoyable activity which when performed regularly is efficient in reducing stress levels within veterans.

When exercising, you also enter a focused mind state known as ‘flow’ where you are so absorbed in the activities you are performing that the other thoughts and emotions, especially those related to the PTSD, are pushed aside. Medical News Today reported on a study that suggested that Tai Chi, a form of martial arts, is successful in helping veterans manage their PTSD symptoms.

Certain experiences, situations or people can trigger flashbacks, unwanted memories or other symptoms like panic attacks in veterans suffering with PTSD. This could be because certain sounds, images, smells, words, places or people remind them of the trauma they went through, and it can feel like a good day has been instantly ruined by depression and anxiety in seconds. That is the life of someone who has PTSD who isn’t aware of their triggers.

So instead, sit down and try to make a list of all the things you think could be triggering your PTSD, using past outings or memories from your time in the military to help you. It can be scary having to think back on what exactly made you terrified in those moments, but it will significantly help in the long run as you know what situations you need to avoid (or after some time tackle head on to overcome) so that the flashbacks aren’t triggered, or you are more prepared to handle the symptoms when they surface.

Seek Someone to Talk To

Many veterans with PTSD find it hard to open up and talk to others about what they experienced in the military and why it is affecting them still. This can be because they feel like they are unable to talk about what happened, fearful that re-living the various events again would be too traumatic. Or maybe they feel like another person wouldn’t understand what they went through.

However, having someone willing to listen and help guide you through overcoming and managing your PTSD symptoms can make daily living easier. You don’t need to describe what happened to you to tell someone how you are feeling. As previously mentioned, we all suffer some form of trauma when we’ve been in a terrifying experience so communicating via emotions is the best way to get someone to understand your current mental state. While you may not have friends and family who can do this for you, seeking out a counsellor can be a beneficial first step in your road to recovery. Counsellors are experts in what they do and most likely will have worked with someone suffering similar symptoms, making them experienced and knowledgeable.

Don’t let the tiring and scary symptoms of PTSD make living life miserable. Post-military, you should focus on continuing your life, finding a new line of work and moving on from the events in your past. By taking the advice from this blog and seeking out help from a counsellor, you can make working through your PTSD symptoms easier. If you want to learn more about my services as a therapist, contact me today.

What is Dissociative Identity Disorder
October 17, 2021

How Anger Management Therapy Can Help You
October 10, 2021

Can Therapy Help With Feelings of Guilt
September 19, 2021

What Are The Most Common Phobias
September 12, 2021
Go to Top